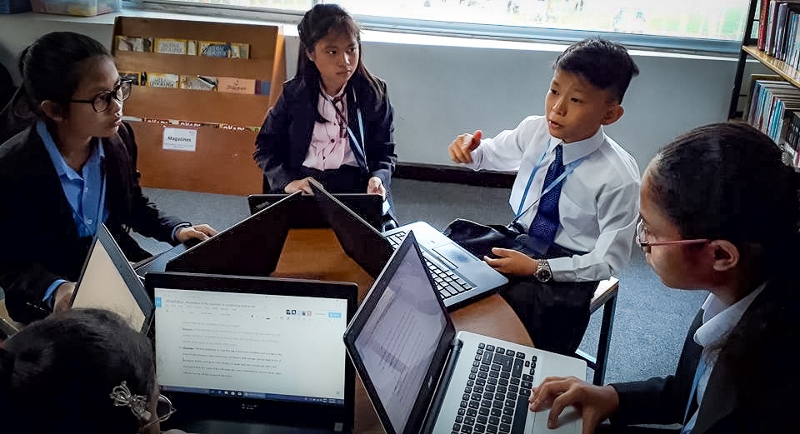 It has always been my dream to share my knowledge and my passion of Model United Nations (MUN) to other students. On August 2018, I was very privileged for the opportunity to bring MUN to the second cohort of the Liger Leadership Academy.

Three of Liger MUN warriors and me had one hour and 30 minutes every week to facilitate the students. First, we planned out the structure of the class. Explaining about the protocols and process and assigning each of them with a country, we organized a mock MUN session, debating the topic of “should smartphones be used in classroom.” Although the topic was not from the UN and not a major problem in the world, the students were able to follow the protocols and the process, yielding a successful debate.

After grasping how MUN worked, the students challenged themselves to take part in an official MUN—hoping to expand their MUN experience— at iCan International School in Phnom Penh. I was responsible to guide four students, who were the delegates of Bangladesh, Iraq, Urganda, and United Kingdom in Junior General Assembly 1 (JGA1).

There were two urgent topics that were being discussed upon in JGA1: eradicating modern forms of slavery and feeding the growing billions. Discussing about slavery with students who were 10-12 years old was very challenging for me due to the sensitivity of the topic. I was quite uncomfortable at first when familiarizing them with the topic; however, after I told them that this discussion will require their maturity and openness, they were able to understand more about the complexity of the topic.

Walking with confidence and nervousness as it was their first official MUN, the students were ready to debate and collaborate. I was so honored to be able to watch how their knowledge and experiences unfolded in their committee. I hope that I will be able to share my passion in the future not just with younger people but with everyone else.