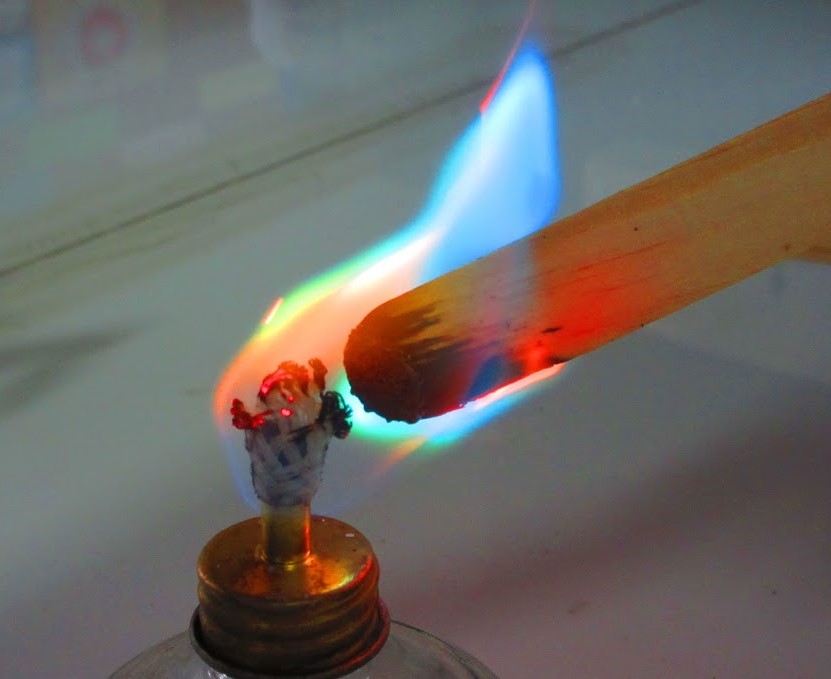 Everything on Earth is made of atoms, and all atoms have electrons, which is a negatively charged particles that move around a nucleus, consists of protons and neutrons.

To further our understand of electrons, we did a cool Flame Test Lab to study how electrons respond to flame, which we can measure their reactions through the use of color. Basically, we put a tiny amount of chemical, Barium Chloride, Calcium Chloride, Copper (II) Chloride, Lithium Chloride, Potassium Chloride, and Strontium Chloride, on a Popsicle stick and bring it to the flame. When heating, the electrons are able to move from the ground state to excited or high-state energy. As they return to their ground state, they will release the energy as photons of light; therefore, the wavelength of the light will produce colors of light.

There were two challenges that my team noticed when doing this experiment: distinguishing a certain color from another and removing the dropping compound. For instance, it was arduous to identify if the color of the flame is actually green or yellow or green or blue because they are very similar. Additionally, when the students burnt the compound, some of it fell down and stayed at the base of the flame, which can influence the actual color of the next compound.

Personally, I believe that this lab is very beneficial to our understanding of electrons’ behavior when they are being heated. If we just learn this concept from our teacher and did not do the experiment, I think that I would not understand that much of it.